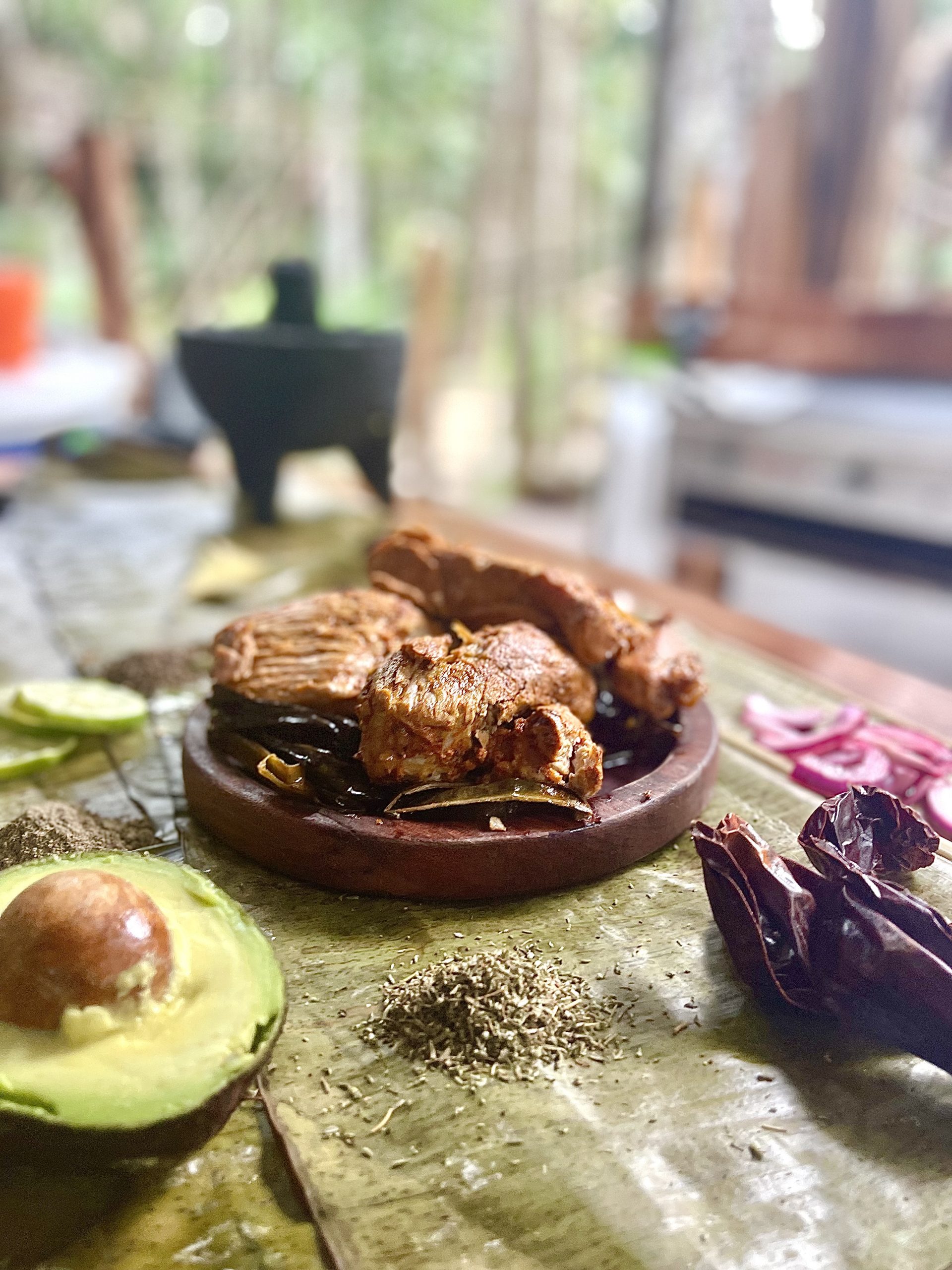 With a full day and incredible guests at home, our friend Jax helped us document the entire process of traditional Cochinita Pibil. 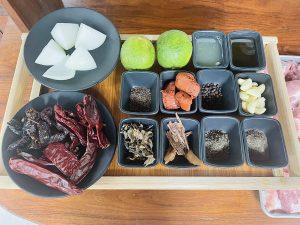 Cochinita Pibil is a stew made with shredded pork. This meat is marinated in achiote, sour orange juice, habanero pepper, salt and pepper. Then it is wrapped in banana leaves and cooked in the oven.

The name pibil comes from the way it is cooked, since pibil means “underground oven”. Formerly this recipe was prepared in an underground oven where the meat was roasted for several hours.

Cochinita Pibil is a dish from pre-Hispanic times, however you can see the Spanish influence in this dish due to its ingredients.

As we have said, Cochinita Pibil is a traditional dish of Mexican cuisine. However, we can see in its ingredients the influence that history has had on this recipe.

You may like: The experience of staying in a sustainable hotel

Pib is a Mayan word that means “earth oven”. It is used to describe the technique of cooking in an underground oven. This technique is from pre-Hispanic times and was used to cook meat. It was achieved by making a hole in the ground in which herbs or dry wood were burned. At Ajal, we take care of doing it with the original technique!

The meat is placed in a metal container and placed in the oven on previously roasted banana leaves. Cooking time can vary depending on the size but usually takes about three to four hours. The longer it simmers, the softer the meat will be. If you are looking for the best tacos in Tulum, this is it. Pair it with one of our fresh cocktails or a good ‘ol beer.

Staying at Ajal, more than a hotel

We have made Ajal to be way more than just a stay. Our jungle hotel is about connection, romnce and luxury. Have you ever been to a place that is so beautiful, yet so peacefull, you cant get enough of? Each our rooms is a private oasis, and our property is nested between the jungle and a beautiful cenote.

Make a reservation today, and live a Premium Experience.

Your cart is empty.